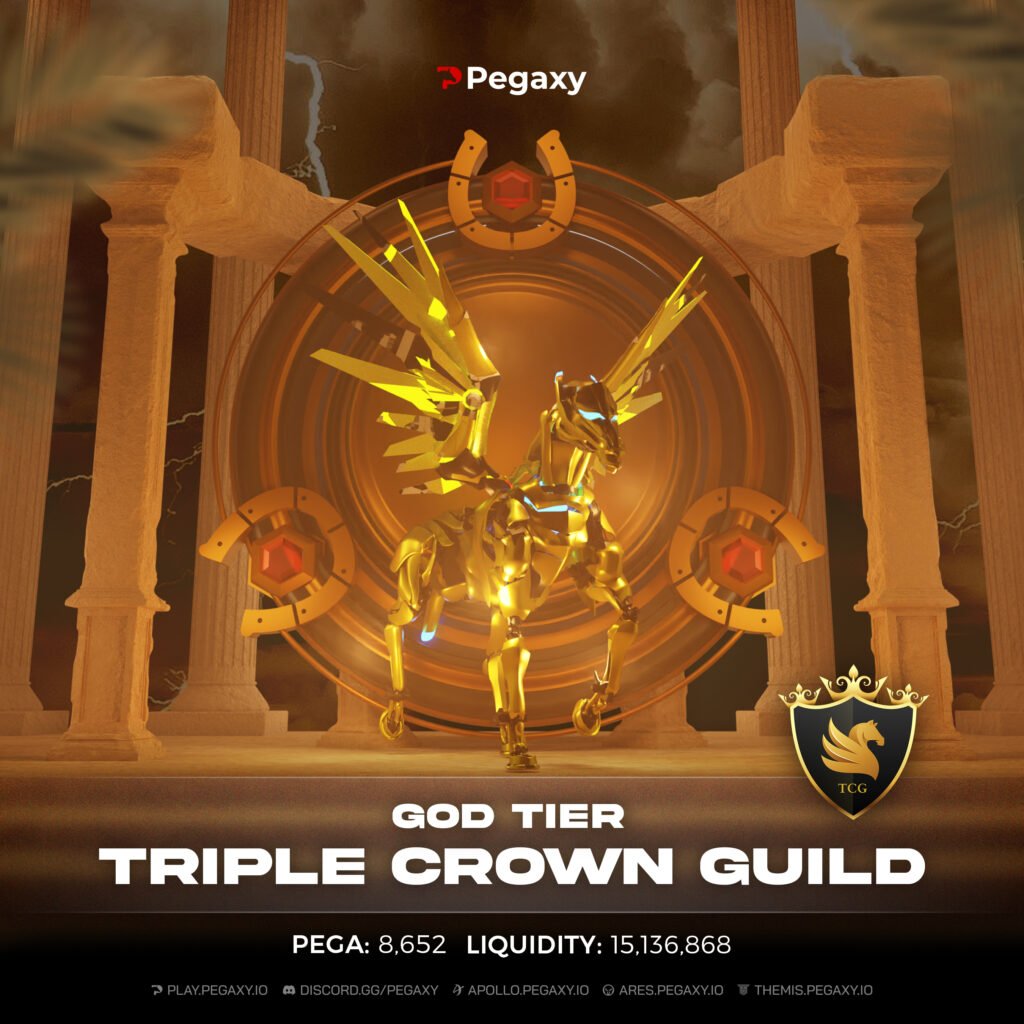 Do you like horse racing and making money out of it? Then we have exactly the play to earn game that will let you earn cryptocurrency while having the thrill of horse racing at the same time. Let’s talk about the Pegaxy game today which has dual-earning potential in terms of NFT as well as cryptocurrency. The game has aesthetically eye-pleasing Pega NFT horses in combination with horse racing simulation via a random number generator. We will get to know about the game as well as how you can start playing it. If you are in a hurry, you can check our short game review of Pegaxy here.

Pegaxy is a unique name having two distinct realities in it; Pegasus and Galaxy. The game is basically an NFT game that requires no amount of skill as of yet. The game is a simulation game where the winning number is picked up randomly by the system. So, gamers who like to play skill based games will have to deal with a bit of disappointment. However, the game’s roadmap shows that the game will introduce skill-based gameplay later on.

So, the ‘gameplay’ is quite simple, you need a Pega NFT to start participating in the races. So, this rules out the free to play option right from the beginning. A Pega NFT is a mechanical Tron-like horse that will win races for you. As for the NFT, it has vibrant colors and several layers in it making it an eye candy. These aesthetically pleasing NFT horses also have several attributes like Speed, Strength, Lightning, Wind, Water, and Fire. However, these attributes won’t add much to the result of the race as of now. The developers are making the game more skill-based in the future where these horse features will come in handy depending on the race arena and environment.

So, if you want to try it out, go for the cheapest Pega as the cheapest and costliest are just the same because of RNG, you know.

You can race a Pega a maximum of  25 times per day. Moreover, you will pay a gas fee before entering the blockchain race.

Once the race starts, you just have to wait and see. The race is viewable in both 3D and 2D versions. The 3D experience is much better and makes it look like a game. However, the graphics still need a bit of tweaking as they are not smooth enough. The audio needs an overhauling as there is no audio of cheers, hooves, and audience at all. The only audio comprises occasional beeps and boops just like in the olden days of arcade games.

The top three horses win Vigorus (VIS) in-game crypto. The first position winner gets 105 VIS, the second 44VIS, and the third 26 VIS. At the time of writing, 1 VIS equals $0.00012862. Apart from VIS, there is also another token, the Pegaxy Stone (PGX). At the time of writing, it is worth $0.00829323. PGX is mostly used when renting out a Pega NFT to other players. Moreover, you can also stake PGX for generating a passive income.

Another significant aspect of the game involves horse breeding. The breeding requires two Pega NFTs and see what their infusion brings about. The breeding process allows players to mint a new Pega NFT and the surprise it holds is quite similar to the Pokemon card pack.

The classification of breeding is simple in that you need to understand the bloodlines first. There are four bloodlines in total: Hoz, Campona, Klin, and Zan. These blood elements decide what type of horse breed you get: Pacer, Rarer, Epic, Legendary, and Founder. There is a cool-down mechanism in breeding, check out this well-explained Pegaxy breeding cool-down here.

The Future Prospects of Pegaxy

Pegaxy is eyeing the mobile platform in both iOS and Android. Moreover, Stadium NFTs are also in the works for which you will need to pay with Pega NFTs. Another important addition is coming in the shape of horse riders. These will be known as Perseus and they too will be NFTs. As for gameplay, the developers aim to create a Mario Kart experience in the game, which is something in the later stages of the game.

Check out our blog on another popular NFT game, The Sandbox, by clicking here.